Caesar Del Bianco – The Son Who Gave His Father His Due… 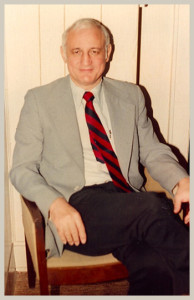 It had always been a dream of my uncle to put Luigi Del Bianco on the map. Ironically, he never spoke to his father about Rushmore. “I was a young guy,” he used to say to me. “I wasn’t thinking about that.” However, after reading Rex Allen Smith’s “Mount Rushmore”, Caesar was shocked to find that Luigi wasn’t mentioned once. How can the Chief Carver be left out of a major publication? My uncle started to worry that maybe his father’s contributions were not as important as we all thought. 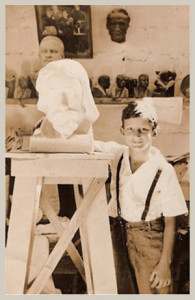 We decided to drive to Washington, D.C. where he could do research on the mountain and find out the truth once and for all. After several trips with me and then subsequent trips with his dear friends Jim and Judy Sapione, Caesar was able to uncover “gold” as he put it. Hidden in the “Borglum Papers” were documents written by Gutzon praising Luigi and how gravely important his artistry and skills were to Rushmore. Caesar even discovered directives and correspondence from Borglum to his son, Lincoln, to “assist” Bianco. Now, it makes sense that Borglum would have given his talented son the role of 2nd in command on the work, but it also made sense that Lincoln would have been trained by Bianco as well. After all, my grandfather was much older and more experienced than Lincoln, being a classically trained stone carver in the tradition of Michelangelo. Discoveries like these were to Caesar a “dream come true”.

Caesar was able to take all of these historic documents and fulfill another dream of his: to put together a lecture about Luigi’s work on Rushmore. My uncle was a talented actor, singer and lector- it was a perfect combination for him. He could share valuable information and insight about his father, and also charm his audience with his great sense of humor and theater. Caesar performed these lectures through out Westchester County always to a rapt audience. It was one of the greatest thrills of his life. 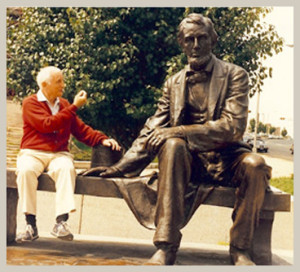 Before my uncle passed away, he said to me, “You have to take over Rushmore now.” That’s exactly what I am doing: honoring the memory of my uncle and my grandfather by putting a website out there. A website that will let people know that an Italian immigrant from Meduno, Italy came to this country to work on a great American memorial. Uncle Caesar, I don’t know if you’ll ever read this, but many people will. Now they’ll know, thanks to you, what Grandpa did…